Enjoy our private swimming pool which has a stunning view to the Adriatic sea.

Need internet? WIFI is available to all our guests. Even outside!

Feeling like spending a day on the beach? You can, because it's only 50m away and with nice bars and a restaurants

When visiting Sibenik you might want to visit the following towns as well.

Primosten, a tourist resort 28 km south of Sibenik, situated on an island near the mainland, which is the 1542nd year, in time of danger from the Turks, protected by walls and a drawbridge. In old documents Primosten called Caput Cyst (Naked head), while under the present name was first mentioned in the 1564th year. Over time, the drawbridge was replaced by an embankment, and Primosten became a peninsula with Raduč peninsula forms a unique natural whole. Accommodation is available in hotels, ``Dawn`` and ``Glory,`` campsite ``Adriatic`` and is important for boaters and marina mention ``Kremik``. The town is also known for its famous red wine ``Babic``, which is derived from the famous vineyards of Primosten, where the image is permanently located in the United Nations building in New York as a symbol of hard labor for centuries.

Is the smallest inhabited Croatian island with an area of 0.36 km2. At the same time it is the lowest island on the Adriatic average altitude of 1.5 m is known as the island of sponges for traditional harvesting and processing sponges, which its inhabitants since the 18th century. It is only 400 m from the nearest land, the village of Sibenik. Krapanj is extremely harmonious and valuable natural and architectural ensemble, and the greater part of the settlement is under the special protection of the state. Its history begins in the 15th century, when aristocrats Sibenik Juric to the church bought the uninhabited island and gave it the Bosnian Franciscans, who immediately began to build the monastery and church. Today they live on the island of St. friars of the Province. Jerome. In their monastery keeps exhibits great cultural values , which are under state protection. The most valuable among them are The Last Supper Italian painter Francesco da Santacroce from the mid-16th century and a Byzantine Madonna on the throne, painted under the influence of Renaissance painting. The monastery has a special museum - a collection of sponges, corals, amphoras and antique pottery. 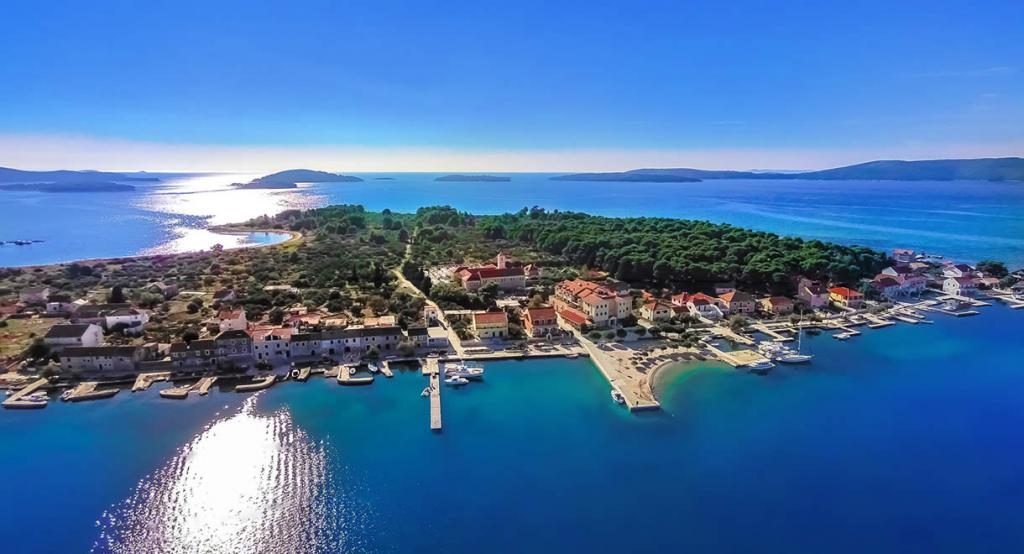 Rogoznica, the southernmost tourist center of Sibenik, 34 km from Sibenik. It is located on the mainland called Digger and the islet, which is artificially connected with the mainland. The resort has a well-protected harbor, a thick pine forest and promenade ``lungo mare``. The mainland of Rogoznica - Digger was settled in 1390., And islet Kopara 1518. Settled by people who were fleeing from the Turks. The oldest church of Sv. John of Trogir from 1324. Rogoznica is a popular summer destination for boaters and nature lovers in the famous marina ``Frapa``. 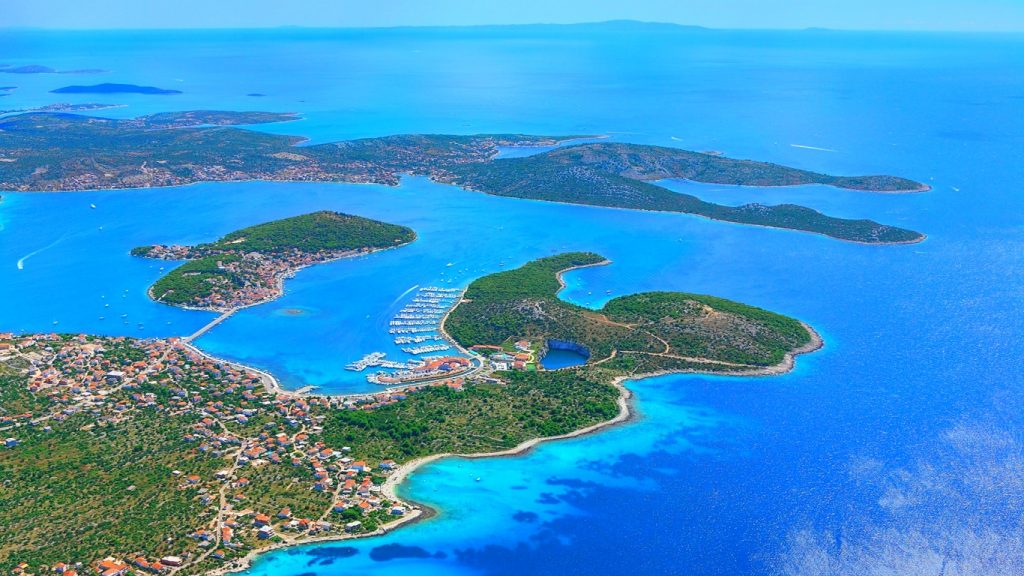 Zlarin Island is one of the nearby islands, and it is one of only six inhabited. It is located almost in the center of the Adriatic coast and the closest city Šibeniku.Sa its distance of 3.5 n / m seems to be an ideal place for vacation and escape from the bustle of the city. Provides image and a quiet Mediterranean village of stone houses, which are increasingly mixed with modern architecture type, but even after 700 years of when mentioning Zlarin not much changed. In recent years, the enthusiasm of starting the construction of modern buildings. Despite 16 km of newly constructed roads and paths on the island of car traffic is forbidden, making it an oasis for long walks and bike rides. Known for its coral and the craft of coral restored in a representative area, which is also for sale. Zlarin is known as the green island, because if it is viewed from the northeast, there is a beautiful view of the island is covered with vineyards and olive groves. 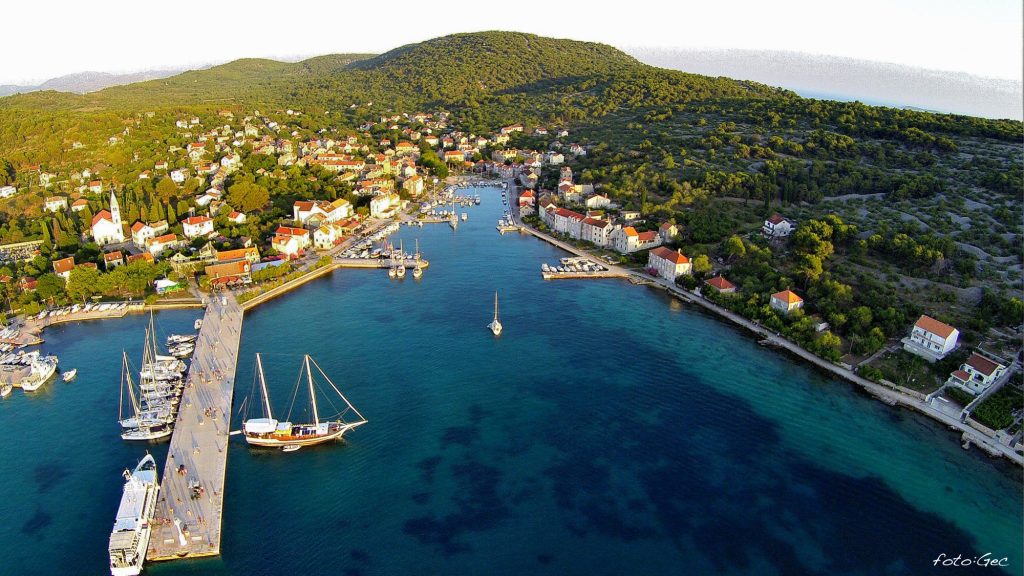 Sibenik Jadrija city district located on a peninsula Srima about 14 km from the historic town center. It also has a reputation as a popular weekend resort Šibenčana, as well as their public beach. Sibenik is connected to the Adriatic highway, as well as regular shipping lines during the summer months. Jadrija established the 1921st year on the island of St. Andrew. The campaign to build public beach has launched a deserving Šibenčanin and friend of nature Sime Grubisic - Chisel, while the dense pine forest planted another Šibenčanin Ante Frua, known for its persistent and long-term work to reforest the Sibenik surroundings. Today Jadrija village of about 500 family holiday home. Jadrija is also known for its numerous facilities for water sports. 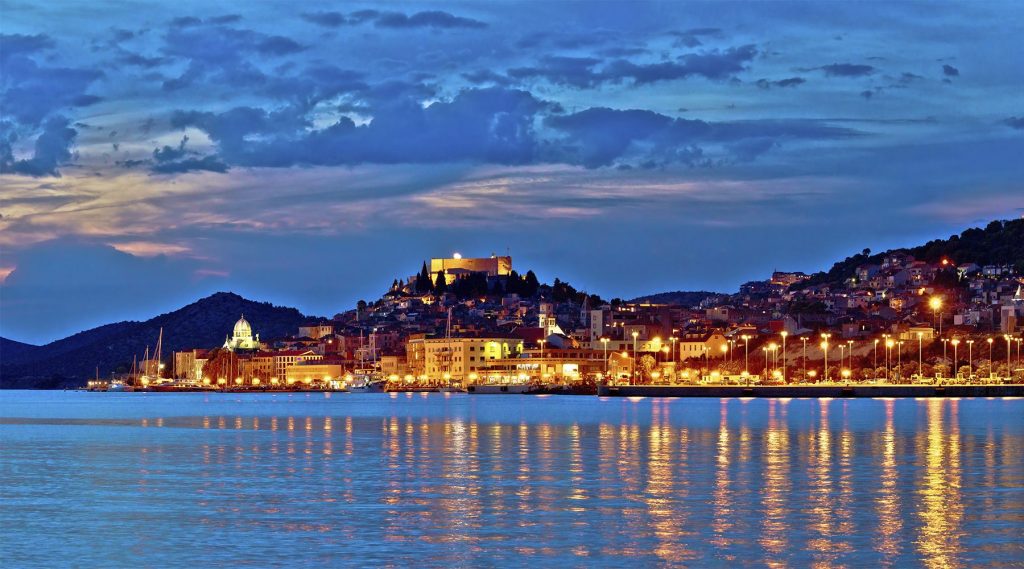 Island Zirje is the most distant populated island of Sibenik archipelago. It was once covered with dense oak woods, so it is assumed that the name comes from the fruit of the tree - an acorn. Island Zirje is very indented with numerous coves and around it has many small islands and reefs. Since it is quite far from the mainland, Zirje has long played a role outposts so that in the 6th century fortress was built remains of which are visible to the fort above the harbor Large Trap door. It is also in the war Zirje played a crucial role in the defense of the city of Sibenik. Residents have always been engaged in farming, but most have sailors, and plays an important role and fishing. Also, many engaged in tourism in recent times. 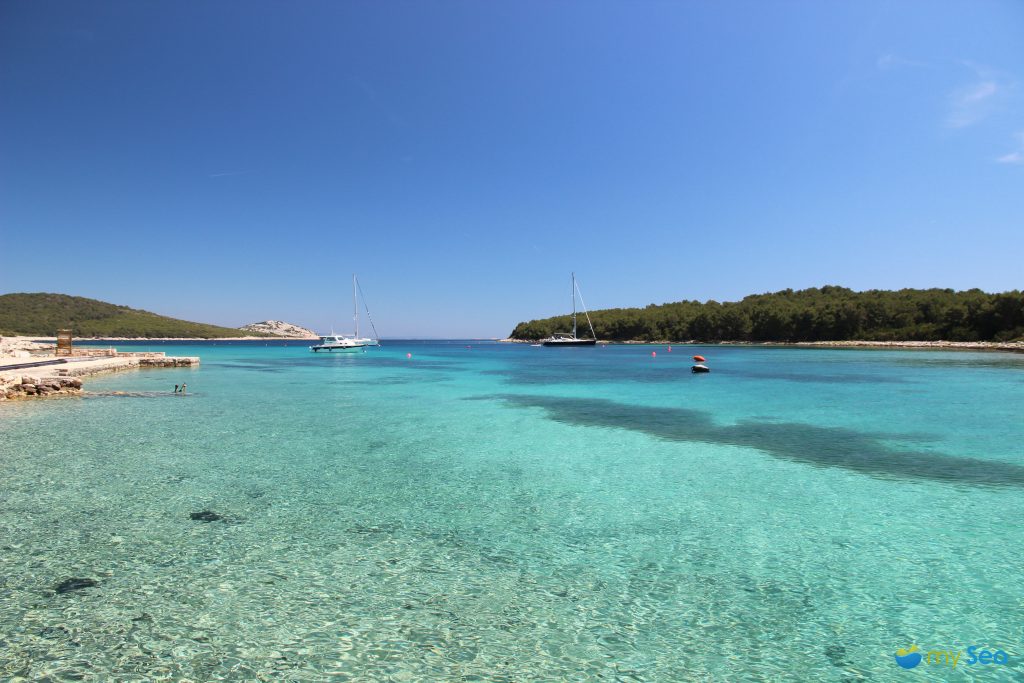